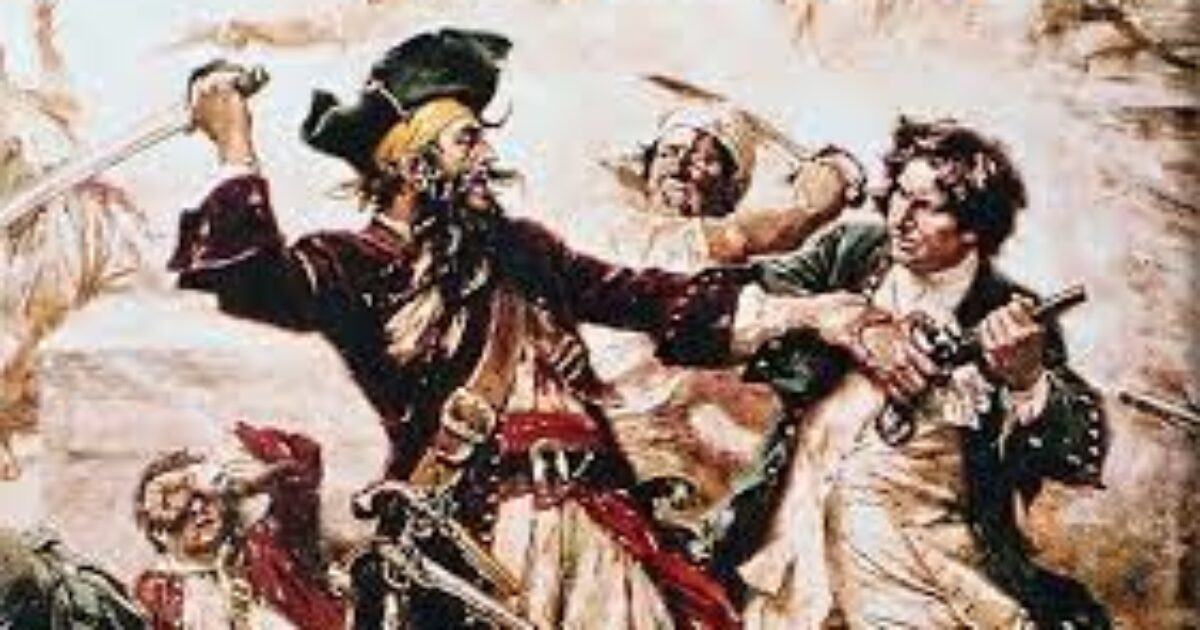 When I was a young boy, I loved to sit in front of our RCA black and white television set and watch old pirate movies from the Golden Age of Hollywood on a saturday afternoon.

As much as I loved watching those old films, nothing could compare to reading about the exploits of real pirates in history books and novels.

As I would sit in my bedroom and read, I could almost feel the sea wind and the rolling of the ships’ deck beneath my feet and the excitement of the lookout in the crow’s nest announcing ‘Ship ahoy’ and the captain yelling to the crew ‘hoist the Jolly Roger!’.

Ah, to be young again and have that feeling once more, but I digress.

However, ‘movie’ pirates don’t hold a candle to the real pirates of history. Names like Calico Jack, Henry Morgan, Benjamin Hornigold and William Kidd were the real swashbuckling scourges of the Caribbean.

But one of the most famous pirate’s of that bygone era, was none other than Edward Thatch, (or Edward Teach), known to history as “Blackbeard”. Whatever his real name, Blackbeard was an honest to God, genuine, one of a kind, badass!

Blackbeard truly did strike bloody terror into any honest sea merchant who was unlucky enough to cross his path, he truly was a terrifying man that lived-up to his fierce and awesome reputation.

But like many of his kind, Blackbeard met a bloody end and even in death, lived-up to his legend.

So, brace yourselves, batten down the hatches and prepare to learn just how Blackbeard met his horrific and bloody end.