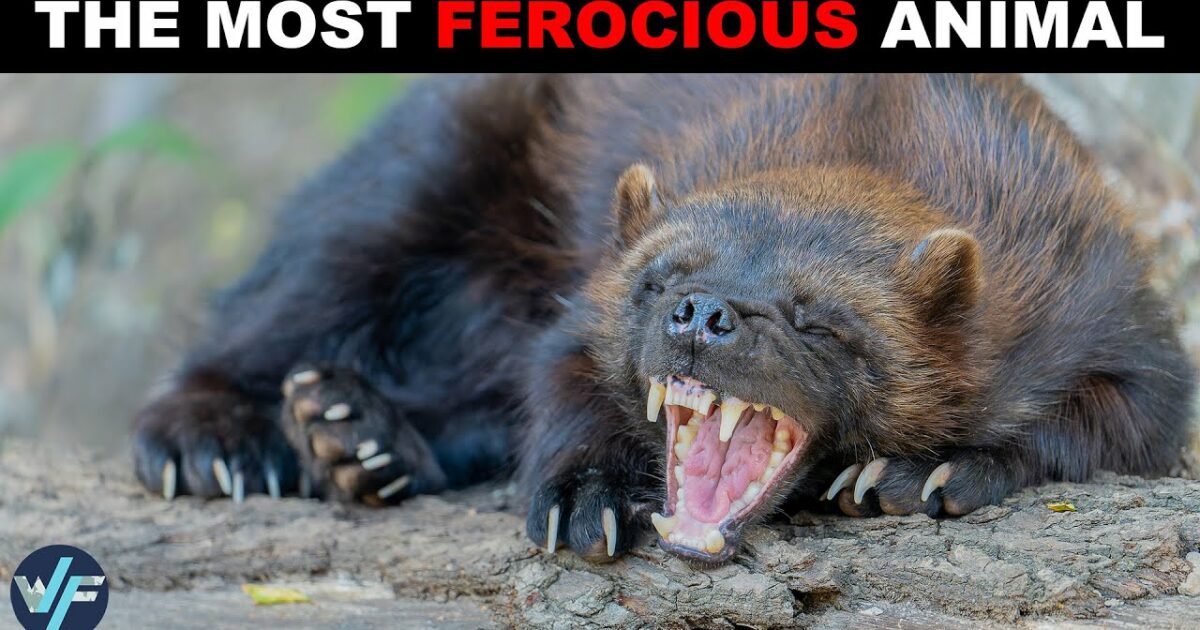 Nowadays, when someone mentions “Wolverine”, most people think of the Marvel Comics character.

James “Jimmy” Howlett, also known as “Logan”, or by his codename, The Wolverine, is a fictional character and primary protagonist of 20th Century Fox’s X-Men film series and the Marvel Cinematic Universe.

This article isn’t about him, but the real-life ferocious member of the Mustelidae family.

The wolverine, also referred to as the glutton, carcajou, or quickhatch, is the largest land-dwelling species of the family Mustelidae. It is a muscular carnivore and a solitary animal.

Wolverines are large (well not really all that large), stocky animals that look like small bears, but they are the largest members of the weasel family. These tough animals are solitary, and like to roam long distances. Individual wolverines have been known to travel 15 miles (24 kilometers) in a single day in search of food.

This is definitely one animal that you DO NOT want antagonize, or piss-off!

In the case of bite strength, the wolverine has demonstrated a bite force of 50 PSI and they have specialized molars in the top of their mouth that are turned 90 degrees to help break through frozen flesh and bone.

Wolverines survive in very harsh, Arctic climates and have powerful jaws and teeth designed to crack through frozen meat and bone. They can also be very aggressive when they’re hungry, which is often.

Wolverines have a reputation for being aggressive and bad-tempered. Yes, wolverines are dangerous. They are aggressive animals and have been videotaped fighting wolves over a kill.

To sum it up….wolverine’s aren’t afraid of anything and won’t back down from a fight (Hmmm, sounds just like the comic book character).