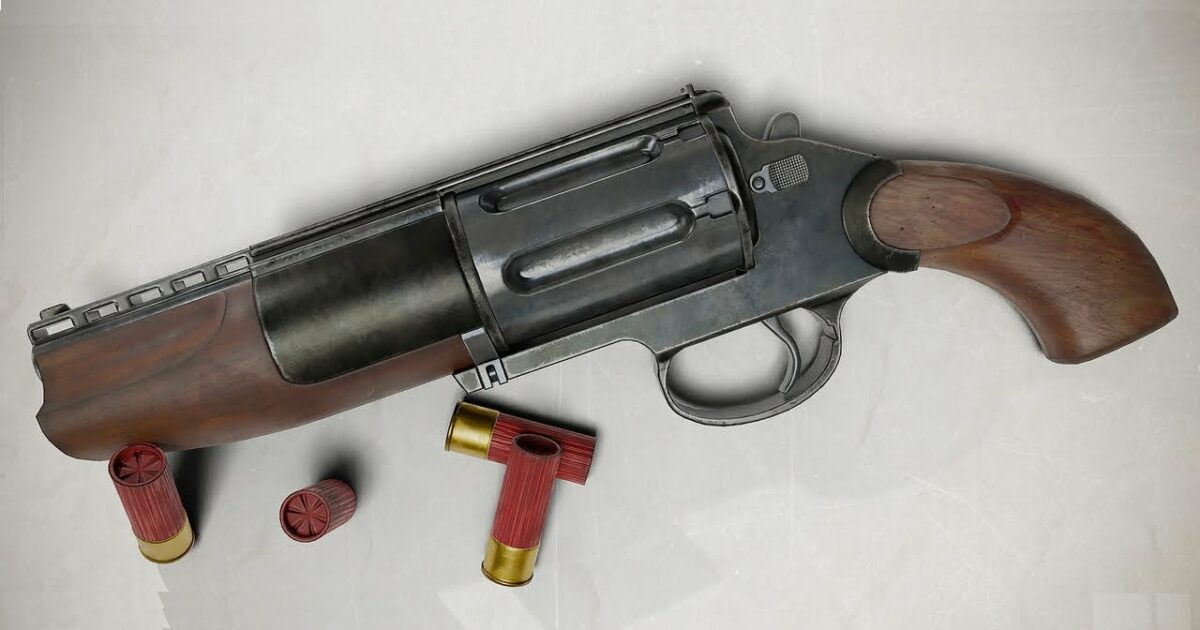 I’ve published a few articles on revolvers that fire a .410 shotgun shell and the response from you guys was pretty good.

So what I thought I’d do, is use a video that talks about the ‘Top 10’ best .410 revolvers out there currently on the market and let you decide which one(s) you like the best.

Now, shotshells in revolvers aren’t entirely new. The MIL Thunder Five started the game in 1992. You might remember it from movies like Three Kings in 1999. Though, at the time, the .410/.45 combo didn’t appear that appealing.

So few wanted it that the line has long been discontinued. However, newer companies have since adopted the concept. And this time, it seems to be here to stay.

According to the NFA definition, a shotgun is a weapon designed to be fired from the shoulder, with projectiles firing through a smooth bore. A .410 pistol checks none of that, so it’s basically a handgun with rifling. It’s one of the few guns you can own without all the paperwork.

Another thing that the .410 pistol brings to the table is versatility. It shoots both .45 and .410 so more fun factor for you. With an option for the latter, the gun is made more heavy-duty. And that is a plus both for usability and durability.

A pocket shotgun might sound like the ultimate in self-defense. In some ways, that’s what you get from a revolver chambered for the .410-bore shotshell.

Although these guns are not technically shotguns, and many won’t fit into your pocket, .410 bore revolvers can still be an impressive tool. From buckshot and slugs to stop an attacker to lighter loads to drop a bird, these guns are built for various uses.

To most folks, their primary purpose is just plain old fun. While not necessarily a ‘go-to gun’ for all occasions, they are an interesting addition to any gun collection.

The Magnum Research BFR has perfected the formula in the 45/410 combo. However, if you want more choices, the Taurus Judge has your back.

Most of them are relatively affordable, which makes them a fun firearm to shoot while the months between hunting seasons tick by. So, without further ado, let’s give you folks the lowdown on a few of the best .410 revolvers out there on the market.