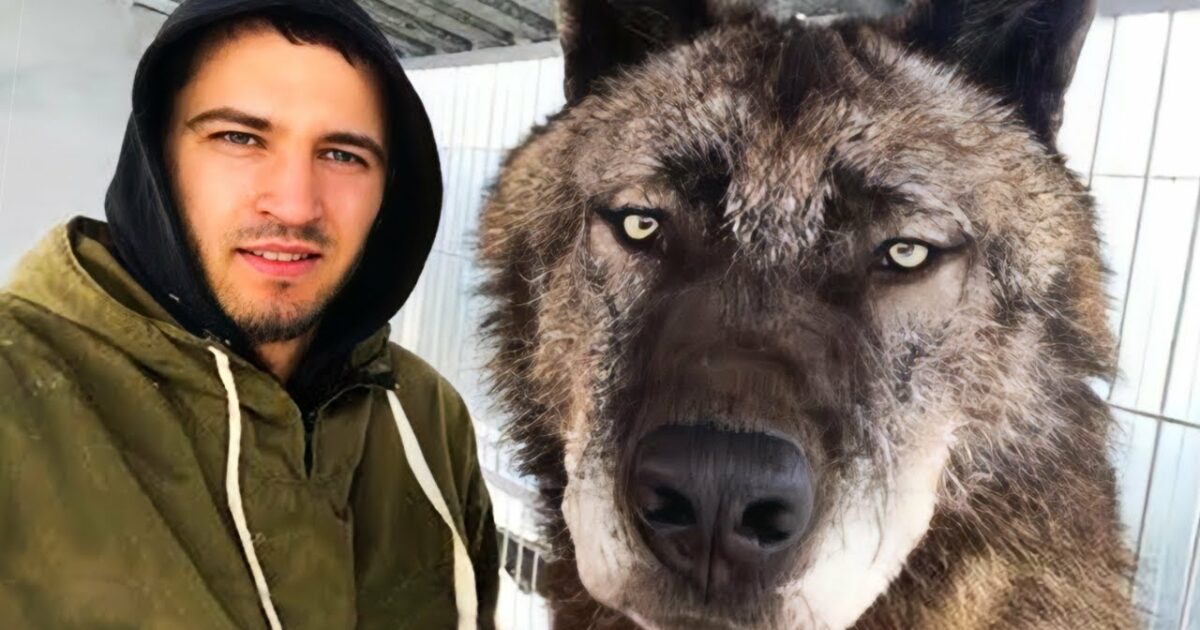 This is a very interesting story, but it is by no means a ‘one of a kind’ situation, many people have done this sort of thing, the difference is, most of those people (unlike the man in the story below) knew what they were getting into. In fact, history and also mythology are filled with stories of humans ‘rescuing’ wild animals and raising them as pets.

Here is a written description of this particular story:

In the Siberian woods, this man lives by himself. During one morning, the man rescues an abandoned puppy only to find out later that it’s NOT a dog! There are many species in the canine family, and it can be easy to mistake one for the other.

This man had no clue that anything was amiss as he took the time to raise the animal he found. Also, the little creature acted just like any regular puppy.

It was just as friendly and adorable, no wonder the man was confused when an animal expert revealed its true identity. Watch the video to find out what this so-called ‘puppy’ really was!

After watching the video below, I’m sure we are all touched by this young man’s kindness. The part I have a hard time with is, if this man did live in the woods of Siberia, was he really that ignorant that he didn’t know what a wolf looked like?

Don’t get me wrong, but with the invention of television, there are countless wildlife documentaries that depict wolves (and many other species of wild animals). And while I have never come upon a wolf in the wild myself, I have been to the zoo often enough to know what they look like.

Also, with access to the internet, all you have to do to see a wolf (or a wolf cub), is simply “Google” it.

But, like I said, I’m not passing judgement, just stating the obvious. The video is touching and I think it shows that human beings, for all of our faults, hold a special place in our hearts for the helpless, whether that be for other human beings, or young defenseless animals.