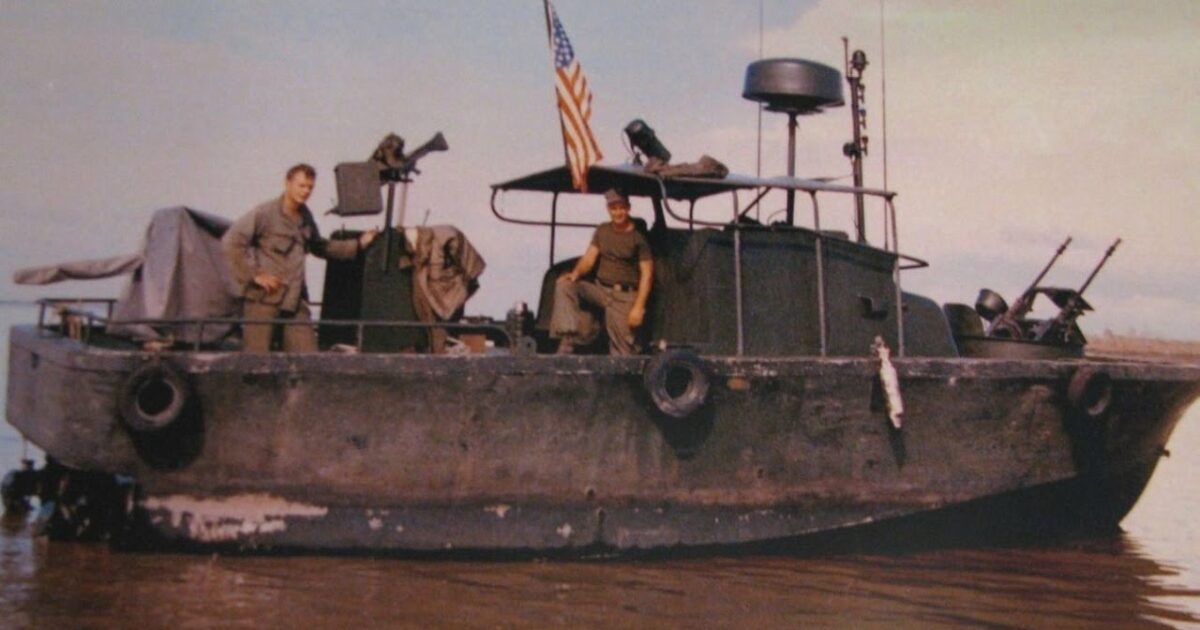 Imagine for a moment, that you are a 19 year old kid in 1966, one moment you are working at your job in the local hardware store in your hometown and a year later, you’re on a fiberglass patrol boat, taking fire from somewhere on the Mekong Delta in South Vietnam.

Sound like fun, well it wasn’t, these young men had to be on constant alert while out on patrol and you had to grow-up very damn fast!

That is what is was like for the sailors of the ‘brown water navy’ during the Vietnam War. These brave young men, more often than not, couldn’t even see who was shooting at them from the jungle strewn banks of the river.

The Brown Water Navy boats serving in the Vietnam War were a departure for the U.S. Navy and consisted of converted landing craft from World War II, or modified commercial small boats. These boats had a shallow draft which would allow them to operate in the shallow waters’ of the river.

The boats had an enlisted crew of four and began operations in March 1966 with Operation Game Warden.   Serving with The River Patrol, Task Force 116, and the Mobile Riverine Force, Task Force 117, the boats were used for stop and search inspections for junks and sampans in the river traffic and to assist the U.S. Army’s 9th Infantry Division to search out and destroy large formations of Viet Cong operations.

These Brown Water Navy boats were also used in the Rung Sat Special Zone and the Saigon River.   The craft, armed with armament such as .50 caliber machine guns, were also assigned to Task Force Clearwater in early 1967 to disrupt weapons shipments.

U.S. Navy SEAL teams were transported using the boats and were used during the Tet Offensive in 1968.   In both instances, the boats frequently were met with hostile fire from enemy soldiers.   During Vietnamization, the boats were turned over to the Army of the Republic of Vietnam in December 1970.