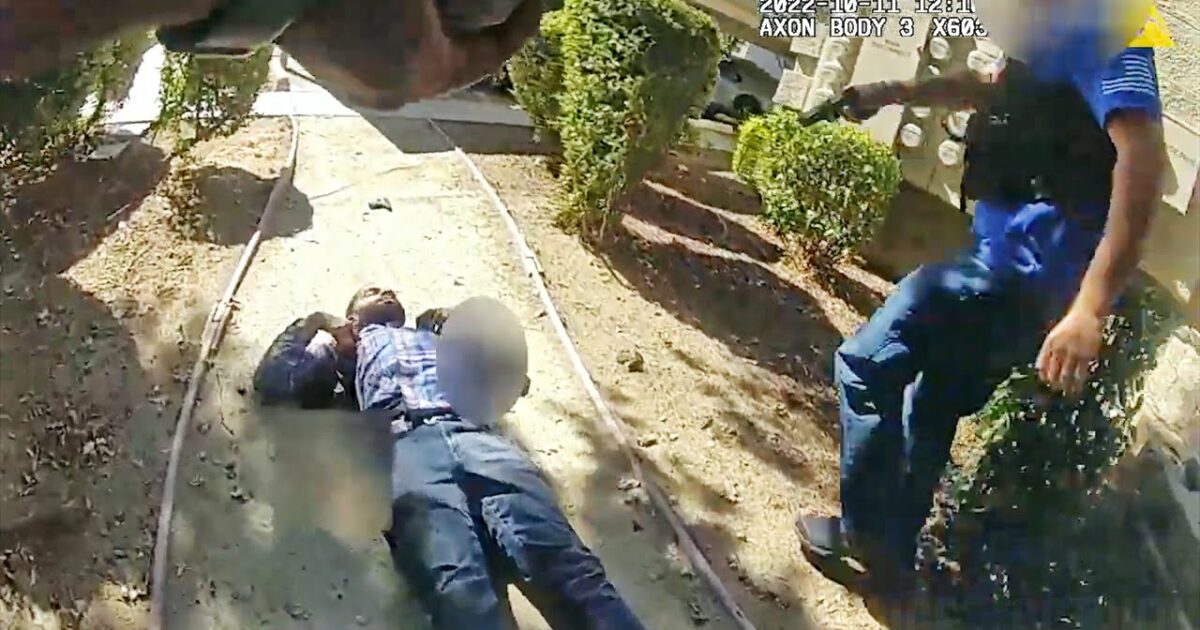 Let’s face it, in every single democrat controlled city and state, crime, especially violent crime, is out of control. Car jackings, murder, armed robbery and rape are through the roof  and why not, in those areas I mentioned, they have all but defunded and totally demoralized the police and record numbers of cops’ are either quitting their police force outright, or are putting in for early retirement.

Would you want to stay on the job if you knew that every criminal who packs a gun, won’t think twice about using it on you? Thankfully, there are still some cops who have decided to stay on the job to protect and serve the public. The incident in the video below took place on Halloween night just a few days ago.

Elk Grove, California — On October 11, 2022 shortly after 12:00 p.m., Sacramento Police Department detectives responded to an apartment complex in the 6800 block of Di Lusso Drive in Elk Grove in an attempt to locate Terry Sharp who had a felony arrest warrant and was the suspect in a June 2022 Sacramento assault investigation related to a possible bias incident.

The involved detectives were assigned to the Sacramento Police Department’s Career Criminal Apprehension Team (CCAT) who has the primary responsibility of locating and apprehending individuals wanted for serious felony crimes.

Detectives assigned to this team work in a plain-clothes capacity and drive unmarked vehicles equipped with emergency lights and sirens.

Around 12:10 p.m., detectives observed Sharp in the complex and attempted to arrest him. Prior to contacting Sharp, each of the detectives put on their marked police ballistic vests and at least two detectives activated the red and blue police lights on their vehicles.

Immediately following the shooting, the detectives coordinated a plan to safely approach Sharp and administer emergency medical aid, which included the application of multiple chest seals and attempts to slow bleeding.

The detectives provided aid until fire crews arrived and transported him to the hospital with serious injuries that he was expected to survive. A loaded .40 caliber handgun was recovered from the immediate area where Sharp was taken into custody.

The gun was jammed when it was recovered at the scene. Sharp faces charges of assault with a gun on a peace officer and being a felon in possession of a gun. He also was being held in connection to a San Bernardino County Sheriff’s Department criminal case.