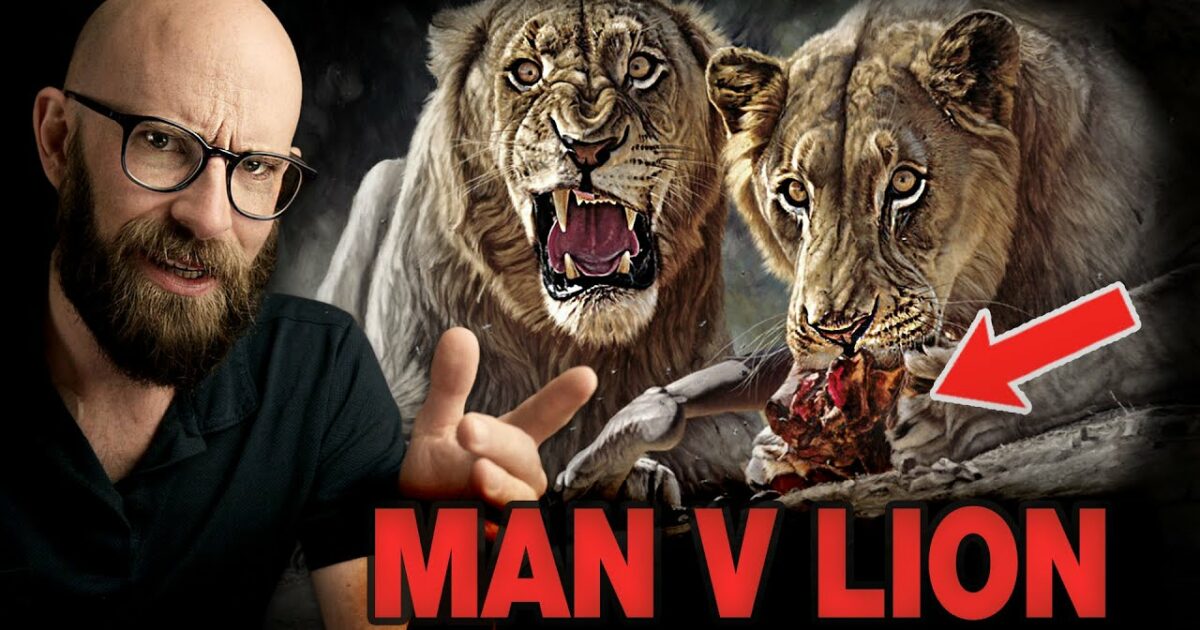 One of my favorite films is (you guessed it), ‘The Ghost and the Darkness” and what makes this film so popular, is that it was based on a true story. Being eaten alive is perhaps one of our most primordial fears as human beings.

It is hard to imagine in this day and age, that even though human beings are at our peak of accomplishment, when we walk out into the forest at night, we really aren’t at the top of the food chain and can become a meal of some ferocious animal.

Lions are one of the world’s apex predators and even today, lions still occasionally kill and eat people in Africa.

Lions are massive mammals that are loaded with muscle and the power to kill. A single lion has the ability to attack and kill multiple humans in a single event. Their skill with attacking from stealth and killing with a single bite makes them well-suited to inflicting fatal wounds.

Lions have always been dangerous to humans, and there will always be the potential for them to harm humans. Fully armed hunters with modern rifles have been attacked and almost perished with what amounts to a firing squad vs a single lion.

Hunters and safari guides both get closer to lions than they should if they want to guarantee their safety. Sometimes, by trying to shoot a lion for sport, or helping their customers get a good look at wild lions, these individuals put themselves and others in danger.

The Tsavo Man-Eaters however, were a pair of man-eating male lions in the Tsavo region of Kenya, which were responsible for the deaths of many construction workers on the Kenya-Uganda Railway between March and December 1898.

The lion pair was said to have killed 135 people total, but modern estimates place it at 35 total. While the terrors of man-eating lions weren’t new in the British public perception, the Tsavo Man-Eaters became one of the most notorious instances of dangers posed to Indian and native African workers of the Uganda Railway where hostile wildlife and diseases both were frequent sources of deaths in the 1890s-1900s.