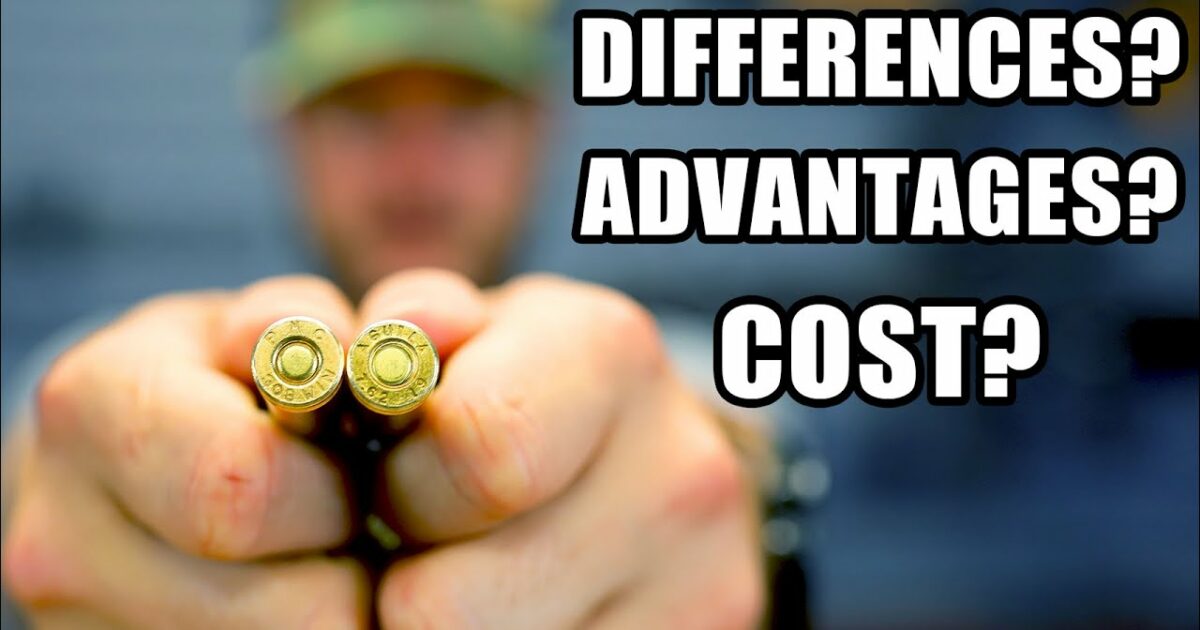 I recently just purchased a really cool bolt action rifle that was chambered in .308 Winchester and when I went to buy ammunition for it, I bought 2 boxes of 7.62×51  instead of the .308 Winchester. Did I make a rookie mistake? Well, let’s take a look at this and see where it ends up okay?

Do a search on the internet for “7.62×51,” and you will get results for “7.62 NATO,” “.308 Winchester,” and multiple variants thereof. Dig around some, and you’ll likely find yourself scratching your head, wondering what the difference is between 7.62 and .308 rounds.

Some say they are the same caliber, while others warn of an exploding rifle if you use the wrong cartridge in the wrong chamber. Do a search for “.308” and you will find similar results, albeit with fewer references to 7.62. So, what gives? Are 7.62 NATO (a.k.a. 7.62x51mm) and .308 Winchester the same thing? Or are they different? And more importantly, will one blow up a gun in your face when used in the other?

Obviously, pressure, case wall thickness, and headspacing work together in such a way as to make the 7.62×51 NATO and the .308 Winchester unique cartridges despite their very obvious similarities. So, the natural question is this: can you shoot 7.62 ammo through a .308-chambered firearm? Is the reverse possible? The short answers to these questions are “yes” and “maybe”.

The vast majority of rifles, carbines, and pistols chambered in .308 Winchester can safely sling 7.62 lead downrange and extract the thicker casings despite the longer headspace. That said, we wouldn’t make a habit of it. Doing the opposite is a bit more complicated.

7.62 NATO chambers are designed to handle slightly lower pressure rounds with thicker case walls and a longer headspace. This means that when you pull the trigger, 7.62×51 brass expands less outwardly but farther toward the chamber. When you switch this out with a .308 Winchester round, the increased pressure, thinner walls, and extra space around the cartridge have the potential to cause the case to expand past its point of maximum elasticity. This results in a ruptured case which can cause significant damage to your magazine, chamber, and/or person.

While most modern 7.62×51-chambered firearms are specced to safely handle .308 cartridges, older NATO-chambered guns are not. This means throwing .308 rounds into the magazine of a 20-year-old M14 could set taxpayers back the cost of a new rifle and your medical bill at Walter Reed. If you have a newer 7.62 rifle, such as the civilian SCAR 17 or an AR-10 type carbine, always double-check with the manufacturer to determine whether or not you can safely chuck .308 rounds downrange. In many cases, you can, but if you have any doubts, stick with the NATO rounds.

Watch the video and decide for yourself, as for me, I’ll stick with what the pro’s say