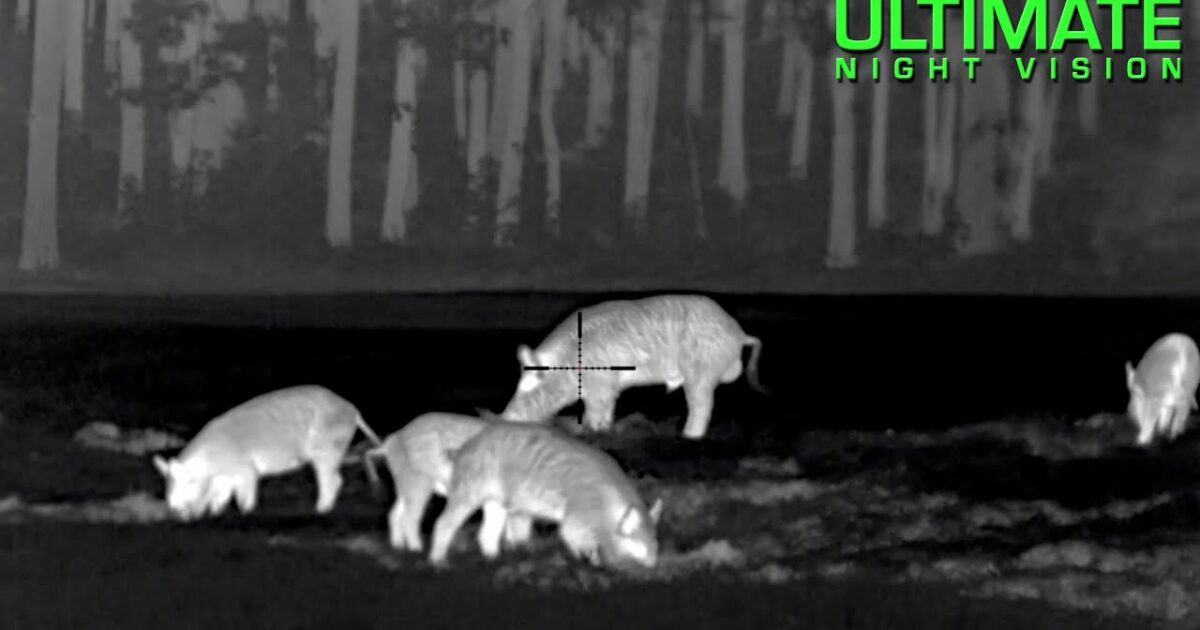 There are some who might consider the hunting of these two particular species ‘cruel’, but those folks have NO IDEA how much damage these animals can do to farms and ranches with domestic livestock (and ‘yes’ people too!).

To those folks I say, if you don’t want to see it, then simply keep scrolling and find something else that suits you and your ‘delicate sensibilities’.

Feral hogs are a non-native and invasive species in Texas. Each year hogs cause millions of dollars in damage in the form of damaged crops, contaminated water supplies, broken equipment, transmission of diseases and injury to livestock.

Feral hogs compete with native wildlife for resources and also prey directly on the eggs and young of ground nesting birds and will actively hunt small mammals, frogs, lizards and snakes.

Due to their intelligence, adaptability, and prolific breeding habits, traditional methods of hunting and trapping have been largely ineffective in reducing the feral hog population.

The introduction of night vision and thermal optics has greatly increased landowners’ ability to mitigate the destruction caused by feral hogs. Feral swine are not considered game animals in Texas and may be hunted by any means or methods at any time of year.

The total number of sheep deaths in 2004 comprised 2.22% of the total sheep and lamb population in the United States, which, according to the National Agricultural Statistics Service USDA report, totaled 4.66 million and 7.80 million heads respectively as of July 1, 2005.

Because coyote populations are typically many times greater and more widely distributed than those of wolves, coyotes cause more overall predation losses. The United States government agents routinely shoot, poison, trap, and kill about 90,000 coyotes each year to protect livestock.

In the absence of the harassment of coyotes practiced by rural people, urban coyotes are losing their fear of humans, which is further worsened by people intentionally or unintentionally feeding coyotes.