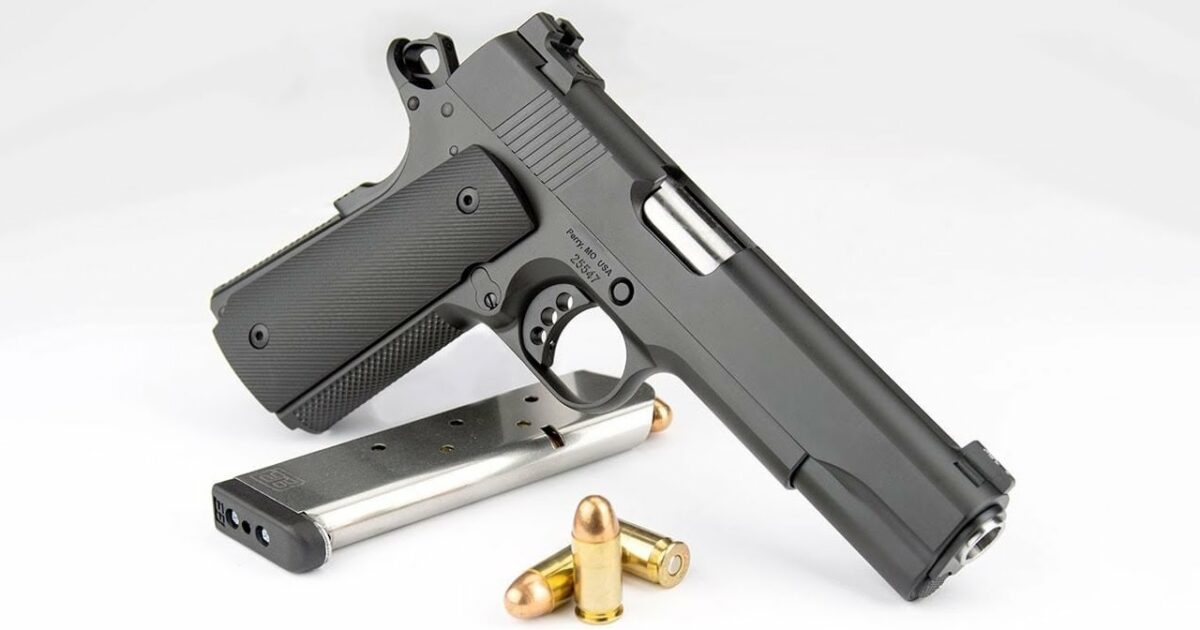 Now, I’ve made it no secret that I just absolutely love the .45 acp cartridge! Let’s face it, I’m what you call ‘old school’ and I’m a firm believer in ‘if it ain’t broke don’t fix it’ and when it comes to the .45 acp…well there it is.

Traditionally the 45 acp pistols have always come up short in magazine capacity, but as technology marches on, this really isn’t as much of an issue like it used to be.

The .45 ACP is a great round for the range, competitions, and of course for self-defense. It is not only a proven manstopper, it is also a rather big cartridge.

However, there are some compact guns chambered for it, and you can always carry something bigger. In the end, the truth is, that everybody wants to carry a smaller gun but fight with a bigger gun.

If you do want to have a bigger gun in your hand when it comes to a fight, then you should get used to carrying one. In the video below, are some of the best, big and compact models all chambered in 45 acp.