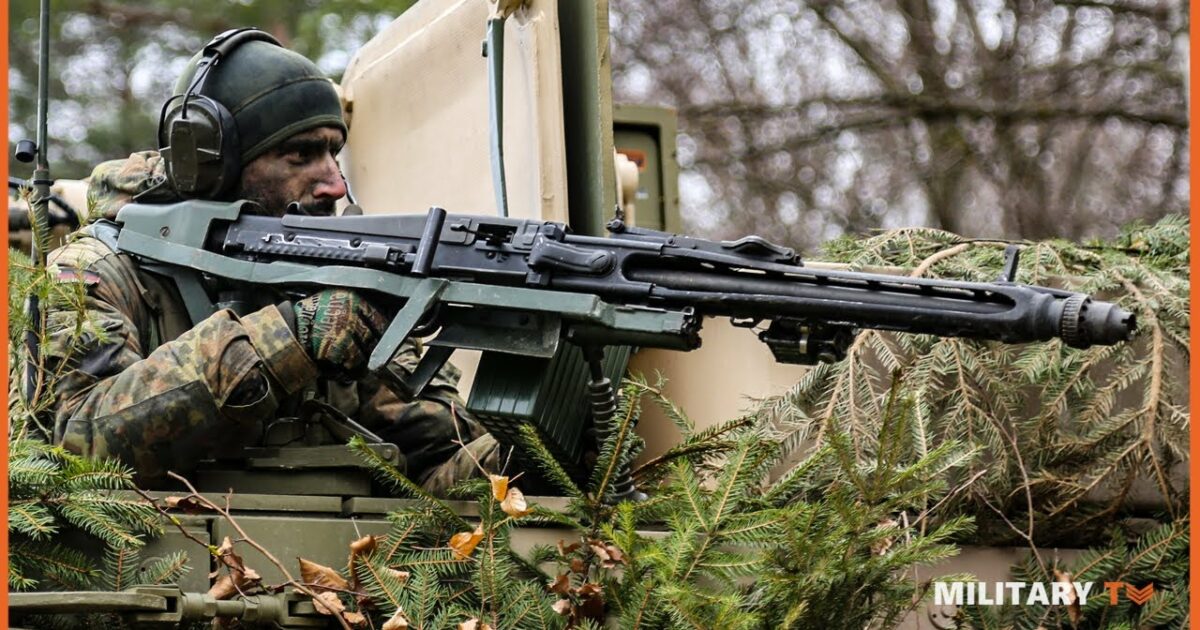 Now before you start getting all flustered regarding the title of this article, just take a couple of steps back and look at this from a practical viewpoint okay?

I’m not saying that the MG3 is the ‘greatest’ machine gun in the world, but it is one of the best and it has the track record to back that up (just ask any World War II veteran who’s had to hug the ground while being under fire from an MG-42).

Hells-bells, even the M-60 I lugged around while I was in the Army was modeled after it and that says something!

The MG3 or Machinengewehr Modell 3, is one of the world’s most successful machine guns and is still in production and widespread use for more than 60 years after it was first employed.

This General-Purpose Machine Gun is a German-made machine gun from the early of Cold War era. It entered service in 1968 under the Rheinmetall brand and is essentially an adaptation of the MG42 machine gun, which was widely employed by Germany during World War II.

The MG3 is simply an MG42 converted to 7.62x51mm NATO round. Thus, its layout resembles the MG42. While the early versions were just conversions, the subsequent versions include a number of small enhancements in some areas.

In terms of the design, the MG3 features a unique ”fishtail” shaped buttstock with a curved inward buttplate, the top of which extends rearward to lay atop the user’s shoulder.

The receiver portion of MG3 is rectangular, with a distinguishing long, shallow gradient on the cover section that slopes toward the buttstock. It is hinged in front, and the entire receiver cover opens for loading.