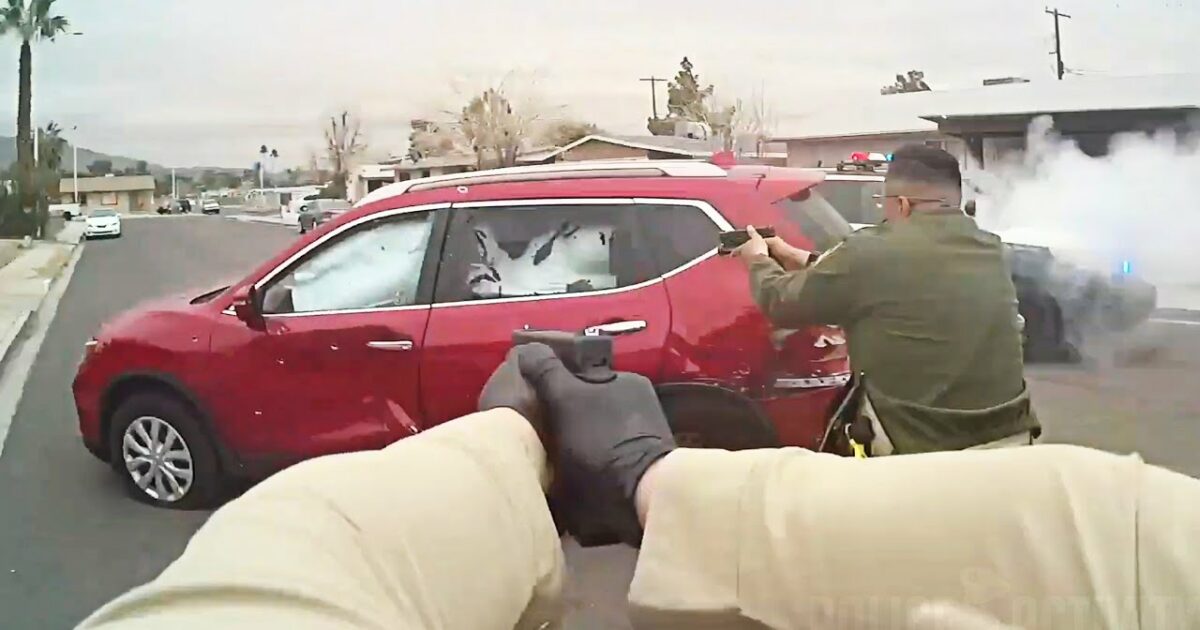 The City of Las Vegas is known primarily for it’s many glamorous Casinos where you can spend a night in a luxurious hotel room, have a fantastic meal, you can watch a fabulous floor show, gamble and rub elbows with Hollywood celebrities and rockstars too!

But like most big cities in America, Las Vegas has a dark history, filled with mafia gangsters like Bugsy Siegel, Meyer Lansky, Sam Giancana, Frank Rosenthal and of course, Tony “The Ant” Spilotro (the latter two made famous in the 1995 film “Casino”).

But those wild days are nothing but a memory, today Las Vegas is a “family friendly” place where both the young and old can be entertained. But, it is like any other big city in the United States, it has it’s own fair share of crime, like robbery, drugs, prostitution and even road rage.

And that is what transpires in the video below.

Here is a description of what you’ll see and hear in that video:

Las Vegas, Nevada — On December 30, 2022, at approximately 11:01 a.m., LVMPD Dispatch received a call from a citizen reporting a man with a gun near the intersection of Nellis Boulevard and Bonanza Road.

The victim advised the suspect, later identified as 60-year-old William Allen Konkol, had pointed a handgun at him. Arriving officers were able to locate Konkol and attempted to conduct a vehicle stop near the intersection of Prince Lane and Charleston Boulevard. Konkol refused to stop, and a vehicle pursuit was initiated.

Konkol’s vehicle was forcefully stopped near Colusa Circle and Sacramento Drive. As officers Fernando Sotelo, Alberto Guzman, and Justin Terranova exited their vehicles, Konkol produced a handgun and discharged it one time.

The officers fired their duty weapons at Konkol who was still inside of his vehicle. Konkol then drove toward the officers, and they once again fired their weapons toward him. Konkol then crashed into a brick wall in front of a house. Medical personnel responded and pronounced Konkol deceased at the scene.