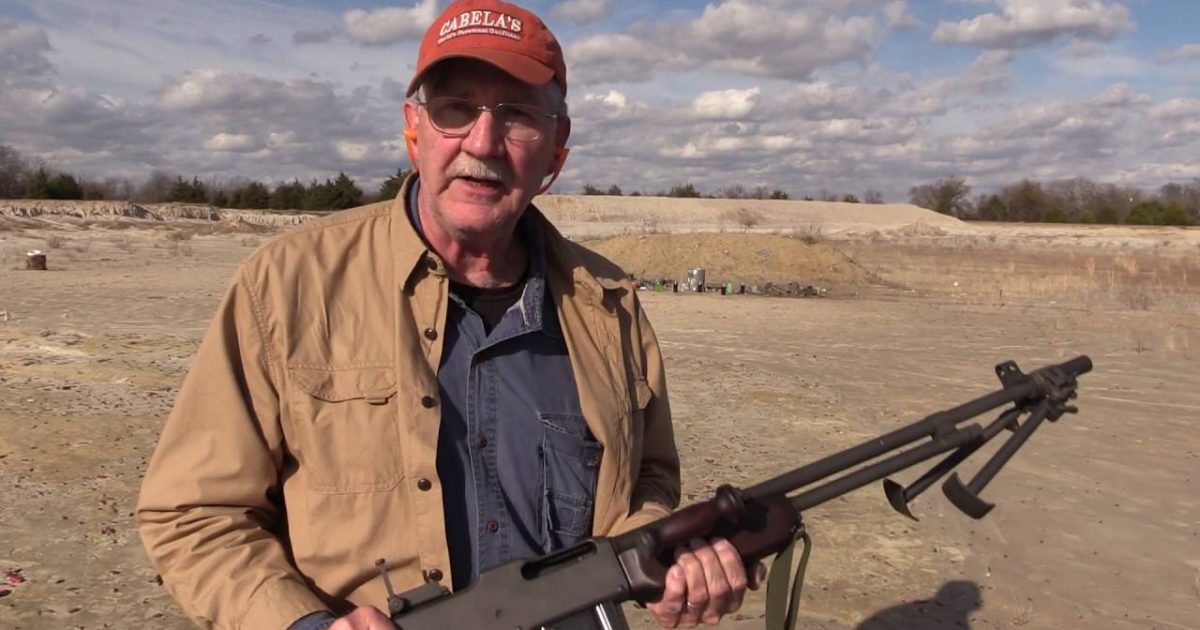 Since you liked the last article I did featuring Hickok45, I thought I’d do another and boy-oh-by, have we got a treat for you! This time our old buddy is in Texas and he goes full auto with one of the most famous weapons of the United States military- the Browning Automatic Rifle (also known as the ‘BAR’). This particular weapon has a rather colorful history. It was originally designed by John Moses Browning.

The Browning Automatic Rifle (BAR) is a family of American automatic rifles and machine guns used by the United States and numerous other countries during the 20th century. The primary variant of the BAR series was the M1918, chambered for the .30-06 Springfield rifle cartridge and designed by John Browning in 1917 for the U.S. Expeditionary Corps in Europe as a replacement for the French-made Chauchat and M1909 Benét–Mercié machine guns that US forces had previously been issued.

During a career spanning more than five decades, Browning’s guns went from being the classic weapons of the American West to deadly tools of world war carnage. Amazingly, since Browning’s death in 1926, there have been no further fundamental changes in the modern firearm industry.

Browning had perfected the manual repeating weapon; to make guns that fired any faster, he would somehow have to eliminate the need for slow human beings to actually work the mechanisms. But what force could replace that of the operator moving a lever or pump? Browning discovered the answer during a local shooting competition when he noticed that reeds between a man firing and his target were violently blown aside by gases escaping from the gun muzzle. He decided to try using the force of that escaping gas to automatically work the repeating mechanism.

Browning began experimenting with his idea in 1889. Three years later, he received a patent for the first crude fully automatic weapon that captured the gases at the muzzle and used them to power a mechanism that automatically reloaded the next bullet. In subsequent years, Browning refined his automatic weapon design. When U.S. soldiers went to Europe during WWI, many of them carried Browning Automatic Rifles, as well as Browning’s deadly machine guns.