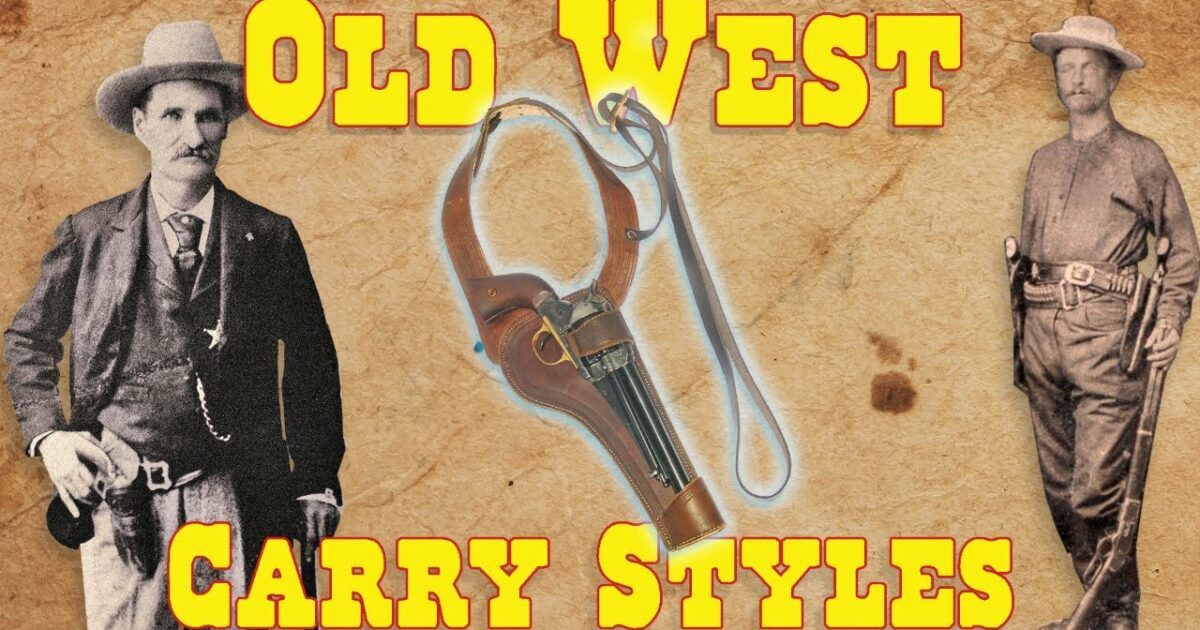 Other than a good horse, one of the most crucial parts of attire in the old west, was a man’s gun holster. Being able to get to draw your sidearm quickly was a matter of life and death in some cases.

Now, I’m not talking about the classic “quick draw” scenes that we’ve all seen in just about every western film ever made, a lot of that was nothing more than Hollywood myth.

Not all disputes between men were settled at “high noon” in the middle of the street. Were there examples of men dueling with pistols in the old west, yes of course there were, but not every single one was like as depicted in western films. But, it is true that having the right holster for your pistol was a crucial item.

During the Old West, the term “fast on the draw”, or “quick on the draw”, did not necessarily mean a person is swift on drawing a pistol, it actually meant that a person is aggressive and would draw his weapon at even the slightest provocation.

The gun belt and holster known as the “Buscadero” was originally designed for Texas lawmen and the Hollywood cowboys in the 1920’s. The rig combines a carved leather gunbelt with one or two holsters. The holster is held in place by an elongated slot in the gun belt or sewn to the belt. 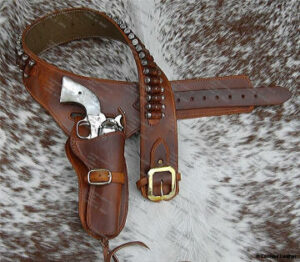