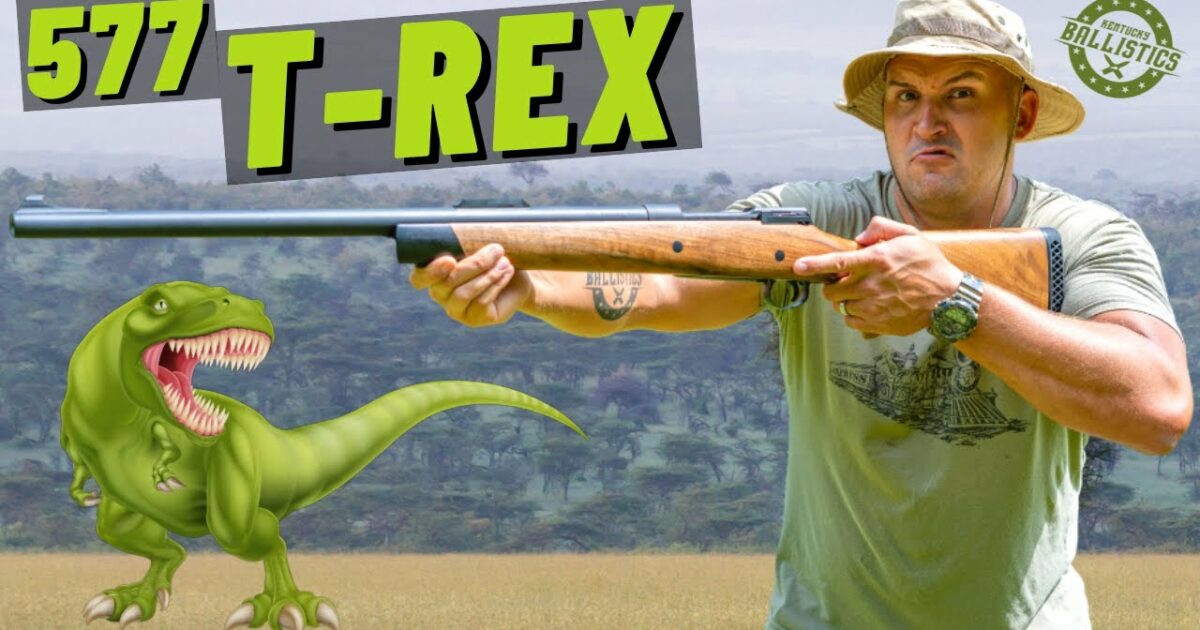 In another article I wrote a few months back, we showed you a gun called the “Bigfoot rifle” and it was no slouch! Well, Scott has something that puts that gun to shame, he has acquired an honest-to-God “Tyrannosaurus Rifle”!

This gun is absolutely MASSIVE and the round it fires is a real monster, it leaves NO DOUBT as to why it’s called the “.577 Tyrannosaur”.  Below I will place some info on both the gun and the ammunition so that you can see just what Scott is talking about.

This info comes from huntingheart.com:

The .577 Tyrannosaur, also known as the .577 T-Rex, refers to a large and extremely powerful cartridge. It measures 14.9×76 mm and was developed on request for professional hunting guides in Zimbabwe back in 1993 to be used in big game hunting. 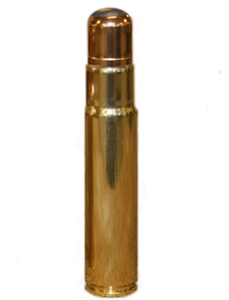 The basic idea was that the .577 Tyrannosaur was to be used as a stopping rifle to counter the charge of dangerous game. It boasts 14.9 mm diameter and a 750 grain Monolithic Solid Projectile, which fires at 2,460 ft. /s and produces 10,180 foot-pounds force of muzzle energy.

This big game rifle cartridge has left many questions than answers regarding its power. Despite having enormous potential to crumble an elephant, many people fear using it.

The combination of its ballistics proves where the insane recoil comes from. With 13,800 J muzzle energy and a staggering 2,460 ft. /s velocity, this cartridge is no joke.

All thanks to its 14.9 mm diameter and the 750-grain monolithic projectile. Some gun experts suggest that this ammo perhaps isn’t fit to be used or chambered in guns to be carried around. 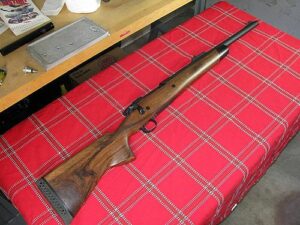 A-SQUARE Hannibal Model Rifle:  This was the original rifle custom made for the big game in Africa.  It is chambered in the .577 tyrannosaur cartridge, and the rifle weighed about 13.6 pounds.

One shortcoming is that no effort was made to shoot in for group accuracy because the whole purpose of this rifle was to function as a last resort to stop charging animals.

Okay, now that we got all of that out of the way, let’s see if this monster gun does what it’s supposed to do!!