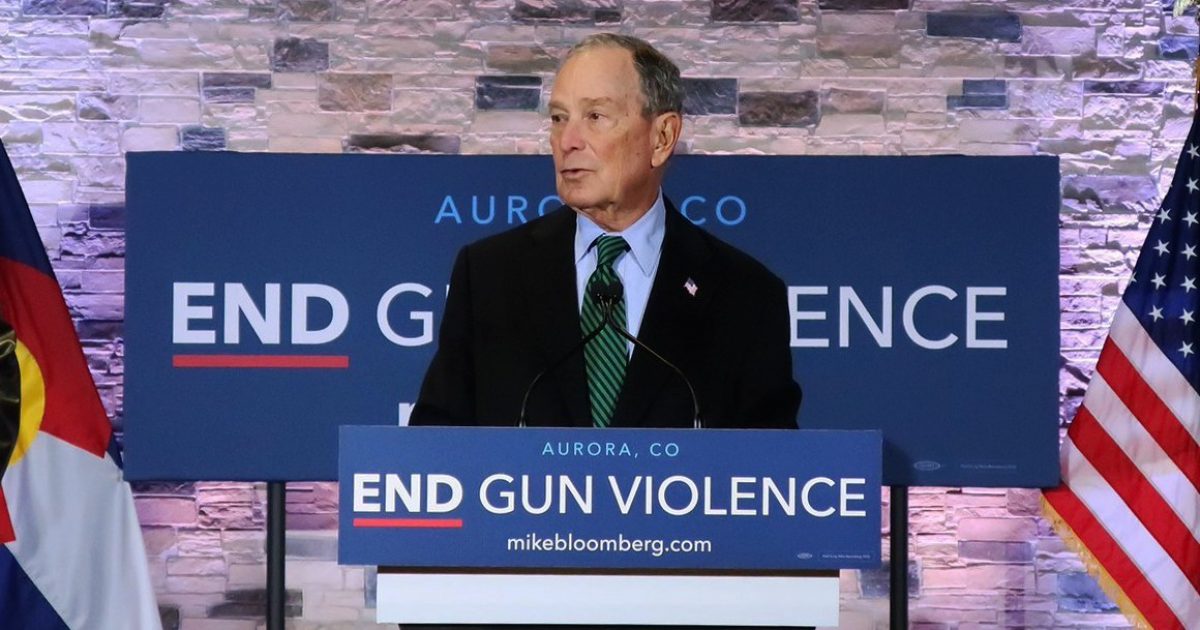 Just when you thought that Democratic candidates for the 2020 Presidential race couldn’t get any more idiotic than they already are, New York City’s Presidential hopeful Michael Bloomberg steps-up and proves you wrong. Bloomberg isn’t sparing any expense on his own add’s telling Americans that he’s going to “fix” America and “clean-up” the mess President Donald Trump has made of the country. And just how is he going to do that…he’s going to raise taxes on working class Americans and if that isn’t enough, he wants to do away with our God-given right to self defense.

As Bloomberg puts it: “If you want to have a gun in your house, I think you’re pretty stupid….”. That should tell you all that you need to know about a white billionaire who is surrounded by armed security 24 hours a day. Here’s a link to Mike Bloomberg’s 10 million dollar Superbwl add.

But Bloomberg’s hypocrisy doesn’t end there, in an article in December 3, 2016 by aim.org they write:

“Late last month, New York billionaire Michael Bloomberg announced his candidacy for President of the United States, expanding the primary field to 18 Democratic hopefuls.Just after Bloomberg’s announcement and entrance into the 2020 race, CNBC reported Bloomberg News Editor-in-Chief John Micklethwait outlined steps designed to steer the billionaire’s own news organization away from investigating their owner. Micklethwait said, “We will continue our tradition of not investigating Mike (and his family and foundation) and we will extend that same policy to his rivals in the Democratic primaries.”With a very broad and public effort to conceal their leader’s life while he steps away to run for another elected office within his career, Bloomberg News Editor-in-Chief noted they would “continue to investigate the Trump administration” according to the Washington Post.”

Let’s face it, the only thing worse than a Communist…is a RICH Communist who doesn’t think that the average American has the intelligence to take care of him, or herself.