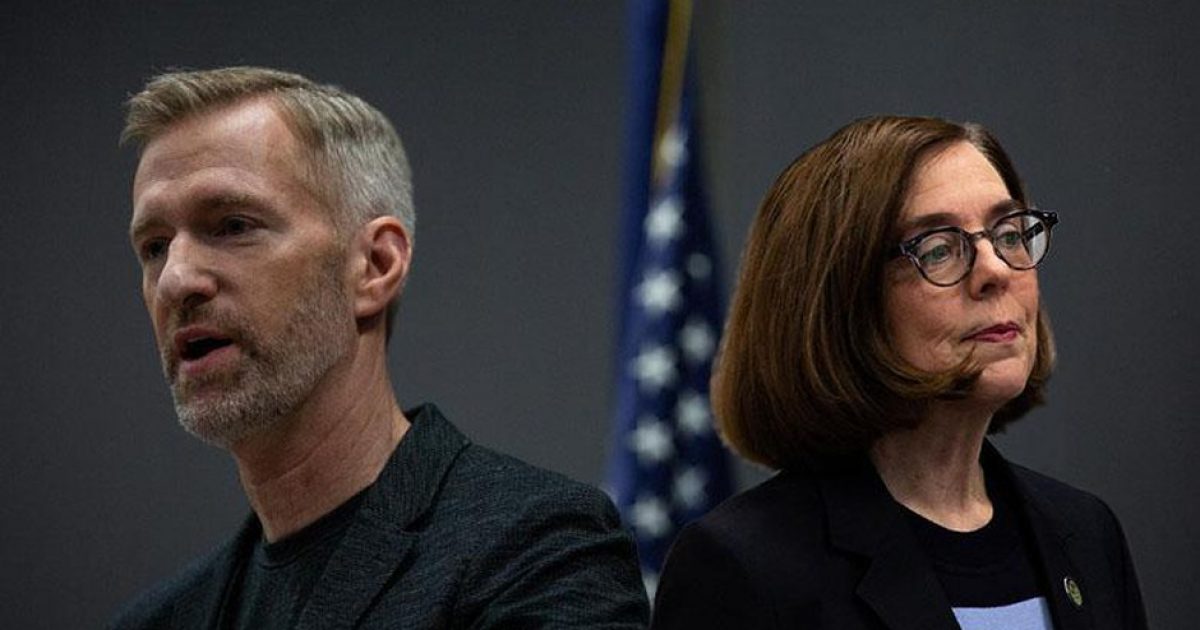 This should be a no-brainer…when a group of domestic terrorists have taken over the streets of your city, or state, you send in the police and arrest them…plain & simple right?? But, apparently, if you hate President Trump SO MUCH and would literally DO ANYTHING TO REMOVE HIM FROM OFFICE, the answer seems to be, just let these communist groups (BLM & Antifa) run rampant through your city & state and let them do whatever they want, i.e., burn, loot, destroy and pillage and cause all kinds of mayhem. Well, that is EXACTLY what Governor Brown and Mayor Wheeler are doing and the thing that burns my biscuits is…they’re NOT DOING A DAMN THING TO STOP THESE TERRORISTS !!!

And I’m not letting other Democrat politicians off the hook either, in my own home state of Washington, Governor Jay Inslee and Seattle Mayor Jenny Durkan allowed an occupying force of radical communists to virtually TAKE OVER and entire section of downtown Seattle and only until these wack-jobs showed up at Durkan’s own door, did she do anything about it.

And let’s not ignore what is going on in Chicago, New York City and every other Democrat controlled city across the country.  I understand the need to peaceably assemble…I get that, but what has been going on for the last couple of months isn’t about “justice, or “racism” anymore, it’s radical communist’s causing as much damage as possible to terrorize law abiding citizens and their goal is to over-throw the United States Government and replace it with a failed ideology…period. That’s what is going to happen if the Republicans don’t hold onto the senate, take back the House and lose the presidency, this great nation will be fundamentally transformed into something like another Cuba, or Venezuela and we all know how well THAT turned out.

The bottom line is, this upcoming election has more at stake than most people realize, if the democrats carry the House, Senate and the Presidency, the America we all know & love will disappear from the face of the earth.